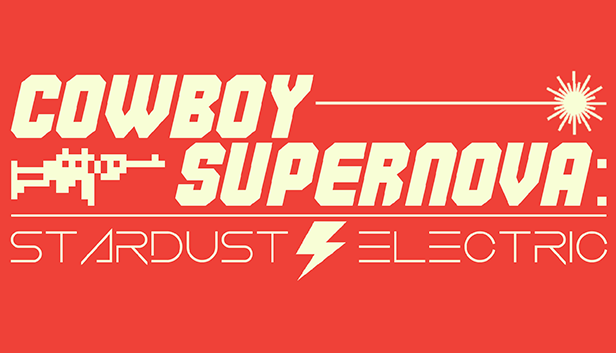 Cowboy Supernova: Stardust Electric is a platform arcade shooter about a space cowboy fighting off hordes of aliens.

It was initially released on itchio back in January 2018 by a friend of mine, Joseph (Caiaphas). The game was also his first Unity game and he worked incredibly hard on it.

A year after its initial itchio release, I expressed wanting to get more game publishing experience. That’s when Joseph mentioned how he wanted to update and release the game onto Steam but didn’t have the experience, the time, or the funds.

So we partnered up and now I’m helping to bring the game to Steam. It’s been a really great experience to work with another game programmer directly to solve problems and plan this project.

Cowboy Supernova needed more than just a Steam store page built and Steamworks SDK integration, however. We also wanted to fix a lot of bugs, add in new features, and redesign a lot of the graphics. To organize this all for us, I helped Joseph setup a Github for the project and I started organizing all of our to-do list into open issues on there. All the issues were properly tagged for importance and systems they affected and then I went more into detail with where each issue was currently at.

There was a lot of bug fixing that was hard for Joseph to handle or even notice sometimes. One example was a resolution problem that seemed to only affect my system. When I started the game, my resolution would be usual 1920×1080, but when I started up a game, loaded a game mode, and then opened the settings menu my resolution would immediately change to 640×480 and wouldn’t go back at all unless I deleted my player preferences in my registry and never opened the settings menu again. 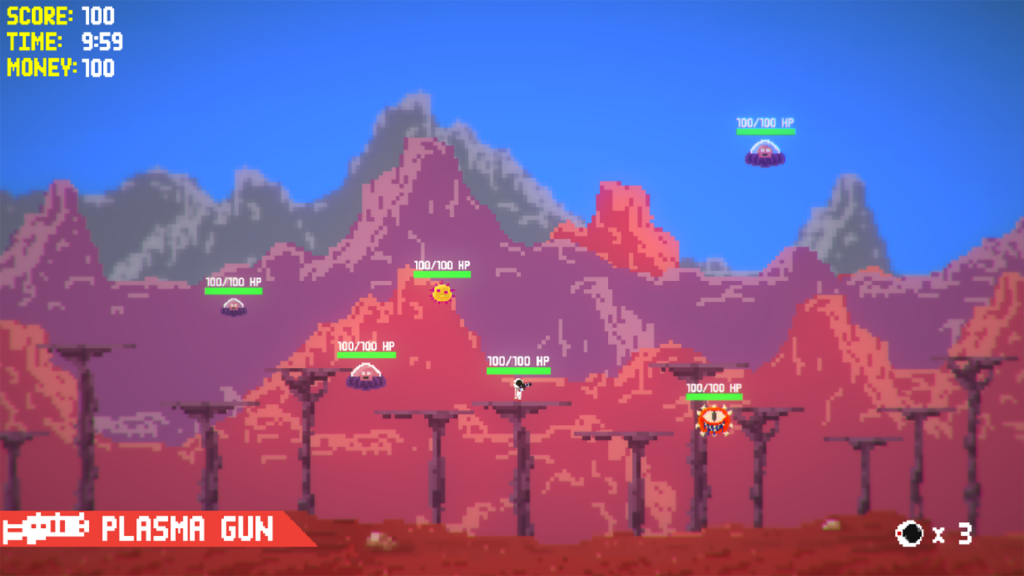 The problem really confused me for a long while until I realized that his code for the settings menu attempted to ignore different refresh rates and did so visually but not behind the scenes. Since his settings menu was set to change the resolution as soon as it was clicked, it tried to load my old resolution visually but the actual value behind it was a smaller resolution because there were way more resolutions being handled than shown. I fixed this by just having the back-end resolutions match the front-end resolutions and ignore the multiple possible refresh rates.

While Joseph did create all the assets for the user interface and menus, a lot of the in-game sprites were from free assets online. These include things like the player, the enemies, the platforms, and the enemies. I’m currently working with sprite artists in order to replace and these so that the game can release onto Steam new and improved. This is my first time directly hiring and working with a sprite artist in this kind of capacity and I’m excited to learn from the experience and see how the new visuals turn out.

Thanks to my experience with the Steamworks SDK, I’ve properly setup and had Valve approve a store page for the game. Although we’re looking to update the graphics and trailer for it with the new assets once those are made, so the page won’t be up until then. We’re also using the Steamworks SDK to add achievements into the game. Joseph is coming up with the achievement titles, descriptions, and graphics while I’m implementing them in both the game’s code and on the Steamworks end. Lastly, we’re interested in implementing online leaderboards for all the game modes.

Before the game’s re-release, we hope to also have working controller support, gameplay tweaks, and beta test it and possibly adjust it based on feedback. There’s no current release date for this yet, but the old version of the game is still available now on Itch.io. 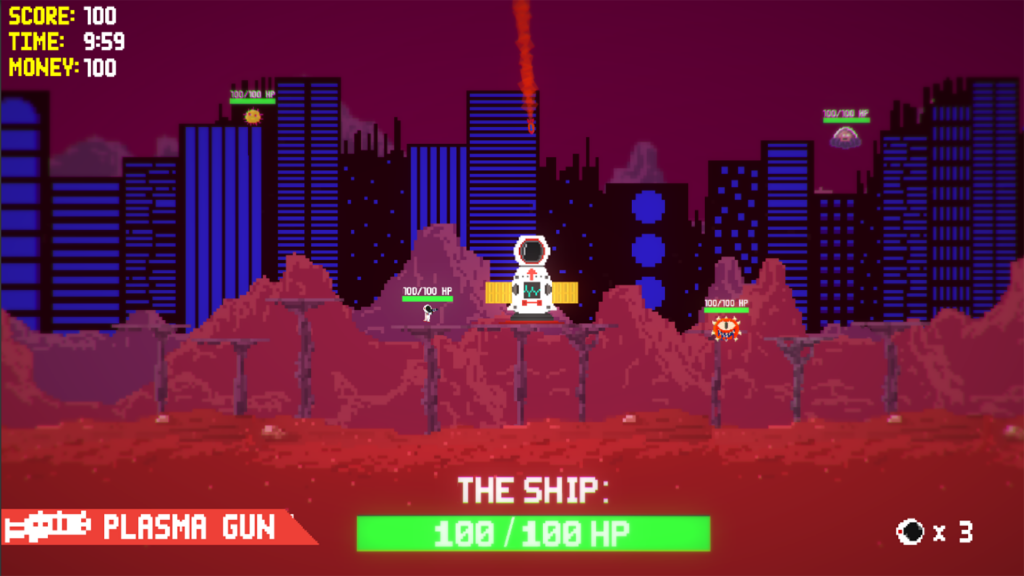 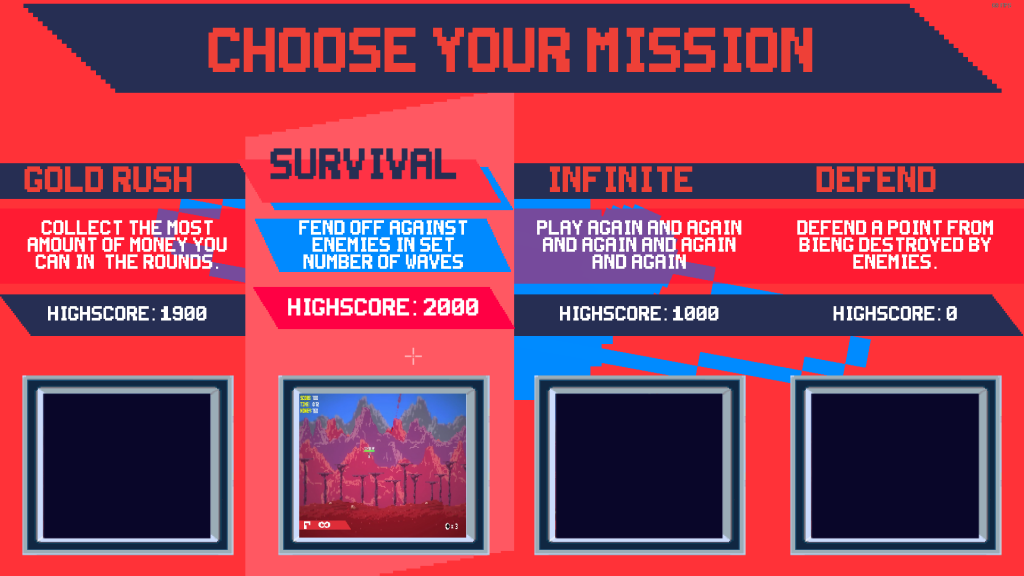 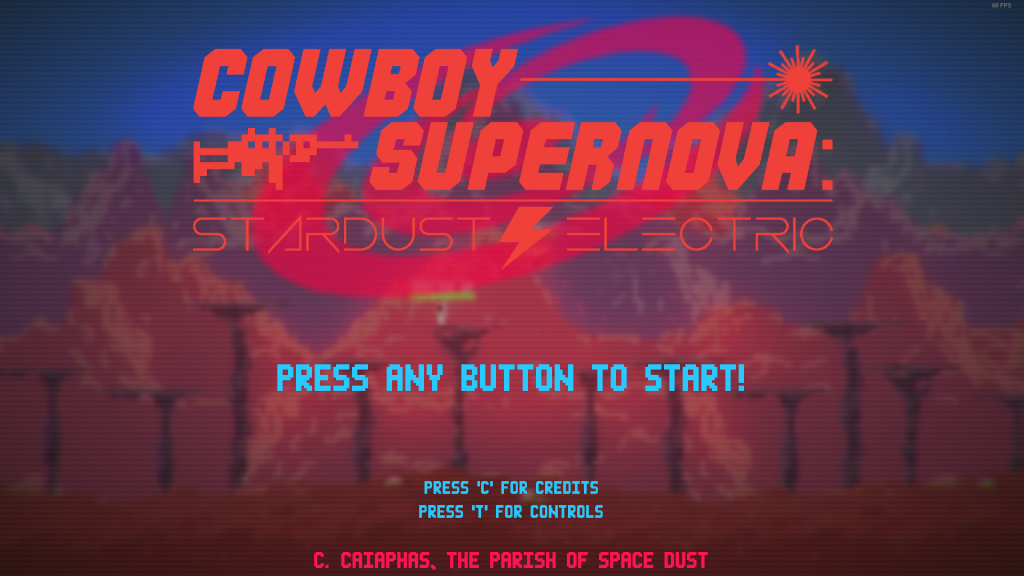